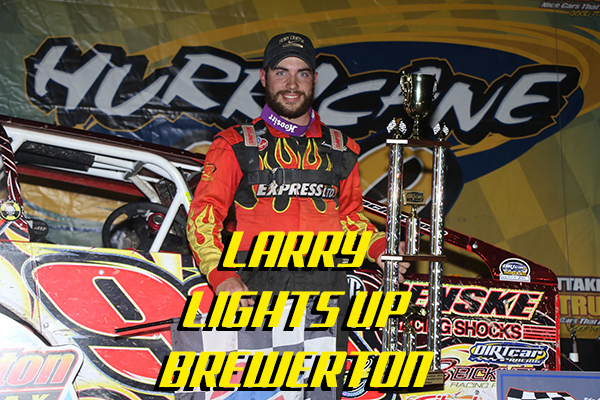 Wight took advantage of Steve Bernier’s lap-98 miscue in turn two and drove on to win the 100-lap main event. A full field of 30 cars were led to the green flag by Wight and Michael Parent. Wight got the advantage on the outside and would go on to lead the first 35 laps.

After a yellow flag and restart on lap-36, Erick Rudolph soared to the lead from the outside of the first turn. Rudolph led comfortably until heavy lapped traffic ran two-wide on lap-52, slowing Rudolph’s progress and allowing Wight to pull back within striking distance.

On lap-55, Rudolph caught a rut in the middle of the third and fourth turns, which upset his machine and allowed Wight to power by while working the rim on the extreme outside groove.

The caution flag came out as the drivers crossed the start-finish line, setting up another restart for the two potent drivers.

The lap-61 restart saw the front row get together and slide up the track, opening up the inside lane for Bernier to move through.

Rudolph would recover and retake the lead on lap-64, only to surrender it back to Bernier on the following lap.

Bernier remained in charge until he slipped up with two laps remaining, opening up the door for Wight to drive on to victory.

“We had a good car all race, it was just a matter of trying to run around all the holes,” Wight said. “I thought he (Bernier) got too cautious at the end and missed his marks.”